ROLE IN THE SOCIETY

#heartofdarkness is a social media campaign for the prevention of the violent radicalization phenomenon among European youngsters (age 15 – 30). The campaign presents several web-episodes based on real experiences and facts: the narratives have been identified throughout an empirical research which included qualitative interviews with experts in the field, 7 participatory design workshops and focus groups in Italy and France. The latter involved both youngsters – politcal refugees, second and third generation immigrants, young European converted to the Muslim faith, representatives of the Muslim community, university students, secondary school students – and experts – practitioners, journalists, media educators, academics, representatives of the Muslim community – considered as qualified testimonials. The workshops have been managed by the research team of DIST – Politecnico di Torino: Sara Monaci, Caterina Mazza and Gabriella Taddeo.
Moreover, the methodology deployed in the focus groups has been supported by the semantic analysis technologies, developed by Viseo and Holmes, to analyse the content of on line social networks. Outputs of this data analysis provided a solid set of evidences in relation to the narrative of #heartofdarkness campaign.

#heartofdarkness has been developed in the context of the EU project SAFFRON – Semantic Analysis against Foreign Fighters Recruitment Online Networks, co-founded by the Internal Security Fund of the European Union. 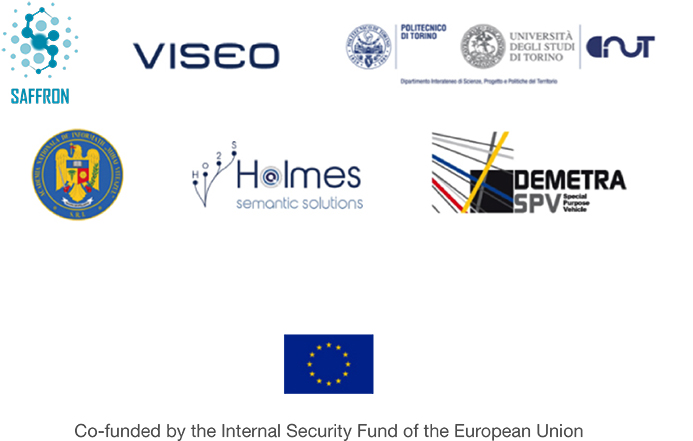